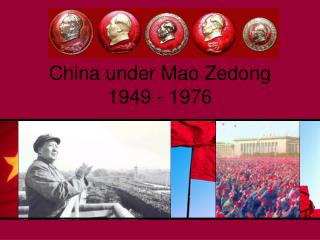 China: 1949-1976 - . purpose of today’s lecture. gauge the success of mao in dealing with china’s problems understand

Communism in China - . the years after mao. death of mao zedong. mao zedong’s dies in 1979 china is far behind other

Mao Zedong and Communism in China - . wwii. a large portion of wwii was fought in asia. many asian countries had to be