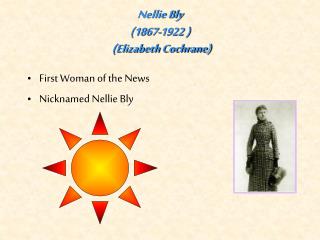 Ten Days in a Madhouse by Nellie Bly - . chrissie and beckie. 19 th and 20 th century

The Cochrane Library contribution to what we know: now and in the future - . david tovey editor in chief. the cochrane