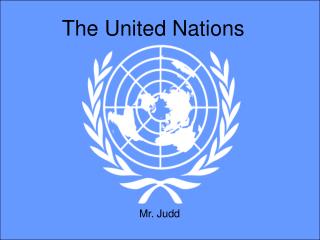 SIMUN 2007 - . day 1 of the 3rd annual model united nations singapore. shall i go again next year?. i am stuck in the

aging and the elderly - Sociology, eleventh edition. graying of united states. seniors now 12.4 percent of the

THE CHARTER OF THE UNITED NATIONS - . unit 26. preview. history origins of the charter charter of the un purposes of the

Chapter 22: The Cold War - . how did atomic weapons change the world’s geopolitical dynamic? what were the two main

Chapter 22: The Cold War - . how did atomic weapons change the world’s geopolitical dynamic? what were the two main

THE ONSET OF THE COLD WAR - . no more war!. at the end of wwi league of nations formed in hopes of preventing war world

Formation of the United Nations - . formation. the united nations was created at the end of the second world war,