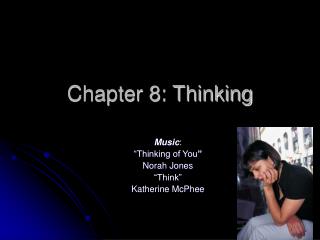 Chapter One THINKING GEOGRAPHICALLY - . by: mary helen, charles, claire. history of geography. the word geography was

Chapter 1 Thinking Critically - . “thinking critically is an approach to problem solving and decision making that

Critical Thinking: Chapter 10 - . inductive arguments. arguments. before we can evaluate an argument, we need to analyze

Chapter 8 Language, Thinking, and Intelligence - Language. communication: the sending and receiving of