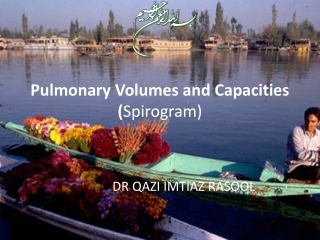 Lung Volumes and Capacities - . the total volume contained in the lung at the end of a maximal inspiration is subdivided

Capacities are two or more volumes added together - . these are measured with a spirometer this is estimated, based on