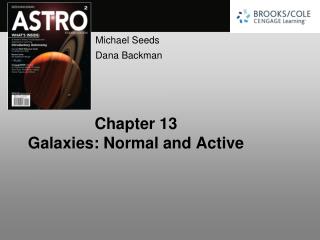 Chapter 13 Galaxies: Normal and Active. The ability to theorize is highly personal; it involves art, imagination, logic, and something more. - EDWIN HUBBLE The Realm of the Nebulae. Less than a century ago, astronomers did not understand that galaxies exist.

Chapter 13 Exploring Our Galaxy - . our location in the milky way. the milky way galaxy is a disk-shaped collection of