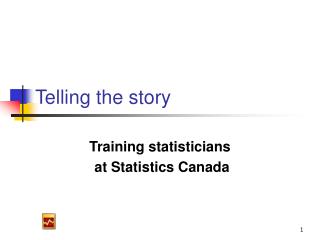 Telling the Story - . the factual basis and “facts beyond change”. what is this case about?. the complaint (p. 14):

TELLING THE STORY - . “ an essential element of any associational mobilization strategy”. how did jesus change

Story Telling - . in writing for purpose carmen asked us to write an opinion piece on a story that was currently in the

Story Telling - . make reading fun!. what was your favorite story as a child?. why?. miss godbey’s childhood favorites.

Telling the Whole Story - Story telling is a simple formula that stands the test of time. telling the whole story.