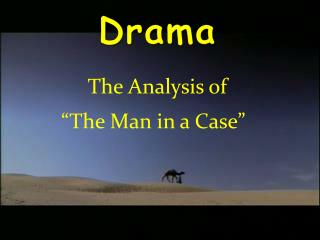 D rama. The Analysis of. “The Man in a Case”. The Man in a Case. The function of The Dialogue To reminisce: I n this play, there is dialogue that remind the reader to something in the real world. In this case Varinka says something to Byelinkov . Rama Navami - Sri rama navami, the divine appearance day of lord rama, is a special occasion to remember the glories of