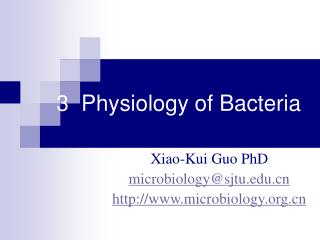 Bacteria and Viruses - . the beautiful colors in this sulfur spring are caused by the bacteria that live in it bacteria

Antibiotics - Overview if bacteria make it past our immune system and start reproducing inside our bodies, they cause