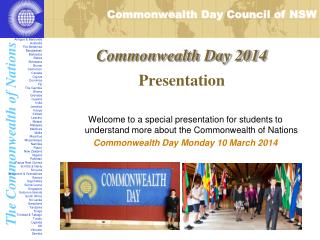 Lobby Day 2014 - . the lobby visit: a how-to guide. what is lobbying? a ttempting to influence decisions made government

Constitution Day 2014 - . aclu of indiana. what is a constitution?. photo by rosie o'beirne

Veteran’s Day Presentation - . ben milam november 11, 2011. if tomorrow all the things were gone, i’d worked for all

Commonwealth Respite and Carelink Centre Presentation - . who we are and what we do. who we are. the crcc team consists

DBQ Presentation Day - . objectives the revisit and check for understanding the time periods covered throughout the year

Safety Day 2014 - . each unit must have a safety day between 1 january and 31 march this presentation was prepared using