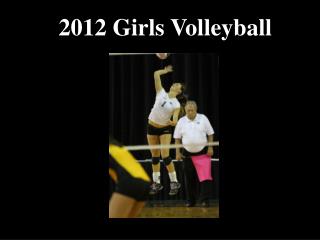 When Reverend Parris sees his daughter and other girls dancing, what does he conclude? - The girls are heathens the girls

MENSTRUAL HYGIENE FOR ADOLESENT GIRLS - . introduction : the transition from childhood to adulthood is characterized by

Welcome to Basic Training Part One - . welcome to the american heritage girls!. www.ahgonline.org. introductions. about

Volleyball Officiating: The Things They Didn’t Tell You - . 3 cs of officiating volleyball: how to become a good

MY HOBBY- VOLLEYBALL - . by jakub wudarczyk. volleyball. my hobby is volleyball. i have been playing volleyball for 8

BOYS and GIRLS - . their differences and how it effects discipline and academic development. presented by: michael nuth