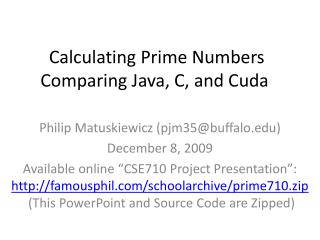 Prime Numbers - . the fundamental theorem of arithmetic every whole number can be factored uniquely into a product of

Comparing and Ordering Numbers - . standard 1c. to compare numbers, it is important to know the following symbols:.

Prime and Composite numbers - . august 27 th complete quiz on division of fractions. warm up: what do you remember about

Comparing and Ordering Numbers - . these are the combined win and loss records for the following teams. plot points on

Prime Numbers and Prime Factorization - . lesson 3-2. factors. factors are the numbers you multiply together to get a

Comparing C++ and Java - . as a c++ programmer, you already have the basic idea of object-oriented programming, and the

Calculating Oxidation Numbers - . 1. for elements (as opposed to compounds), the oxidation number is zero 2. assume