THE TRIAL OF GOD RIGHTEOUSNESS IN THE BALANCES - PowerPoint PPT Presentation 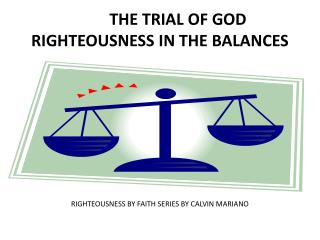 THE TRIAL OF GOD RIGHTEOUSNESS IN THE BALANCES THE TRIAL OF GOD RIGHTEOUSNESS IN THE BALANCES

THE PARABLE OF THE LEAVEN: - . text: matthew 13:33 intro: when the lord likened the kingdom of heaven into a