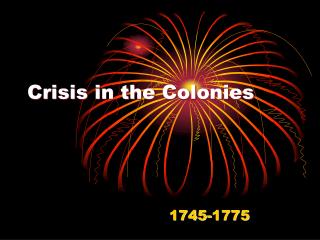 Crisis in the Colonies. 1745-1775. Objectives. Discuss how the rivalry of Britain and France led to war in North America Explain how strategic mistakes and a lack of unity led to British defeats early in the war Identify what turned the tide of war in Britainâ€™s favor