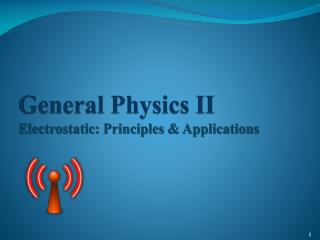 Principles of Global Modeling - . paul song department of physics, and center for atmospheric research, university of

8.3 Applications to Physics and Engineering - . in this section, we will discuss only one application of integral

An Introduction to Electrostatic Actuator a Device Overview and a Specific Applications - . prepared by: eng. ashraf

Class 2 - . today we will: learn the basic characteristics of the electrostatic force review the properties of conductors