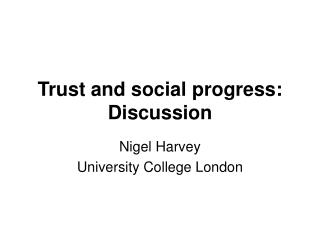 887. In a trust deed, the trustor: - . holds the note and deed of trust; signs a note for the amount borrowed; advances

The Enlightenment - . chapter 5 section 1 reading focus. how did scientific progress promote trust in human reason? how

Banks vs. Nonbanks in US: Disintermediation - . trust services. a trust institution : a legal entity that can hold and

The Lullaby Trust - . safer sleep for babies in essex. our name change. on 10 april 2013, the foundation for the study of