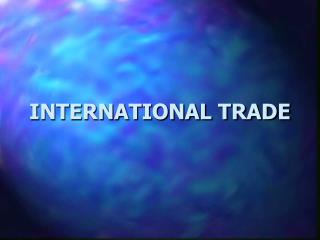 INTERNATIONAL TRADE. Trade theory focuses on three basic questions: a) What products to import and export? b) How much to trade?, and c) With whom to trade?