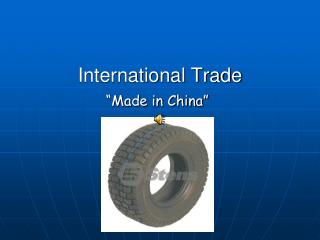 International Trade. “Made in China”. What You Should Learn. The principal foreign trade agreements Comparative advantage and trade decisions: Which nations become exporters or importers? Who wins and who loses from international trade.