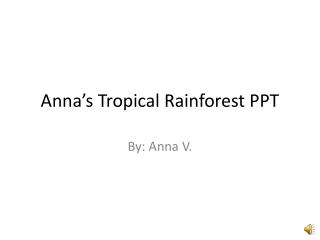 Palm oil production - Palm oil is the most widely consumed vegetable oil on the planet. according to the world wildlife

Chapter 14 - . coral reefs. coral reefs rival that other great tropical community, the rainforest in their beauty,

TROPICAL STORMS - . starter in pairs, think of 5 questions beginning with the letter ‘w’ that you could ask about