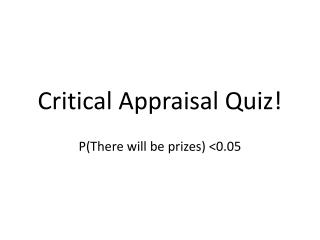 Critical Appraisal Quiz! - . p(there will be prizes) &lt;0.05. which one of the following best describes absolute