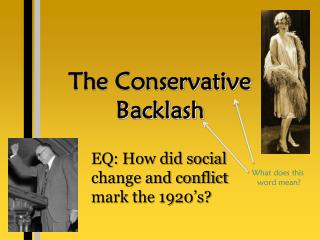 The Conservative Backlash. EQ: How did social change and conflict mark the 1920’s?. What does this word mean?. The Klu Klux Klan as an Example of the Conservative Movement. Read the KKK’s application and manual from 1923 and then answer the following:

Nixon’s the One! - . but which one is he?. the “cold warrior” who hunted communists in the 50’s and continues war

Policy Responses to Globalization - . background growth of interdependence since world war ii rising us involvement in