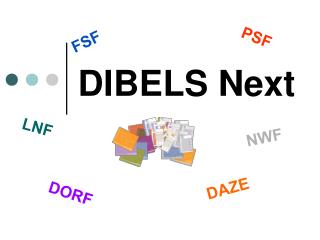 DIBELS - . the school district of philadelphia office of assessment office of curriculum, instruction and teacher

The State of Our School - . fall, 2005. goals. what do we want all children to know and be able to do with text in our

Spencer - . i am the best at working. my favorite subject in school is health. i like to read books that are funny. my

K-5 Literacy Field Study and Adoption: - . where we’ve been and where we are headed. what led to the decision to adopt

How did student do in Year 1 of GARF? Summarizing DIBELS data - . literacy coach’s focus in data analysis. first