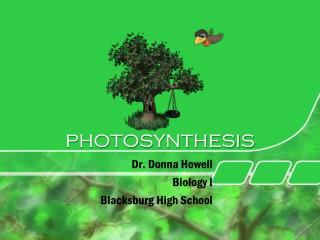 photosynthesis. Dr. Donna Howell Biology I Blacksburg High School. Energy and Life. Energy. ALL organisms need a constant source of energy to survive. The ultimate source of energy is the Sun. Plants and other types of organisms are able to use light energy from the Sun to produce food.

INTERRELATIONSHIP IN THE ECOSYSTEM - . the environmentalist. question index. click on a question number to select it. 1.

Molecular Biology - . elements present in your body other than water…. carbon-30% of all biomass, original source of c

Review for Photosynthesis and Cellular Respiration - . the main product of the calvin cycle is. nadph oxygen glucose

THIS - . is. biology jeopardy. your. with. host. mrs. jenkins. jeopardy. my toes my o’es. fo’ shizzle my