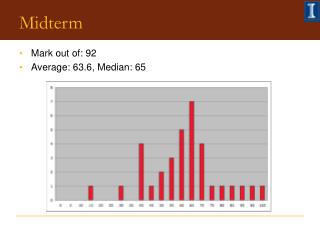 The Midterm Exam - . administrative. 1. midterm exam scores are on the course web. if you wish, stop by my office to pick

Midterm Policies - . covers: enzymes through glycolysis location: if taking midterm in other lecture go directly to the

Midterm Exam 1 - . the first midterm exam, on material covered during the first six lectures will be given at class time

Midterm next Wednesday - . midterm. may start off with multiple choice bulk will be short answer/short essay lecture ppts