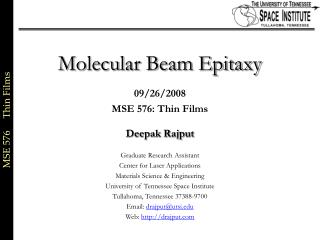 Molecular Beam Epitaxy Julia Vice 17 November 2004 - . what is mbe? and why is it important?. ultra-high-vacuum based