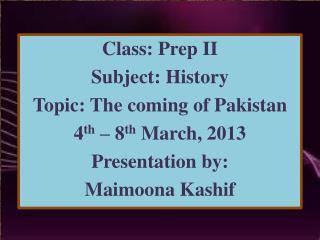 Boost Your Presentation Skills (2013) - "boost your presentation skills! (and keep your audience coming back for

Topic 1 The History of Oceanography - . geol 2503 introduction to oceanography. early evidence of humans and the sea. by

March 28, 2013 - . reading foundations. today’s quote. can you relate this quote to this class?. riddle of the