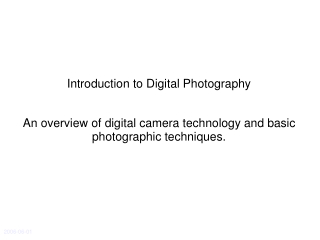 Cam Caddie - DSLR Basics - Congratulations on the purchase of the most versatile camera you can buy! you'll never need

Learn the basics of a DSLR in Switzerland.pdf - Photography is an art of visuals that has the power to move the world.

The DSLR - . exposure is a variable which is a function of the three parameters, iso, shutter speed, aperture value.

5 Affordable DSLR - The realm of photography is no longer one defined by profession but rather by interest.what i have

DSLR Video Settings - . i will try to keep this general but will use the canon t2i as the example. if you are not sure

NOT MY DSLR - . alternative approaches for fun and creativity andrée lawrey 11 february 2014. but i love my dslr!.

DSLR Astrophotograpy ….. My way - . my camera. why canon?. provides raw files not directly useable as an image “