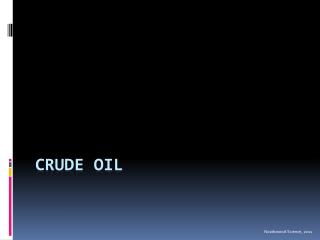 Noadswood Science, 2011. Crude Oil. Crude Oil. To understand what crude oil is and how it can be used. Crude Oil. How is oil formed and how is it found in its ‘natural’ state?