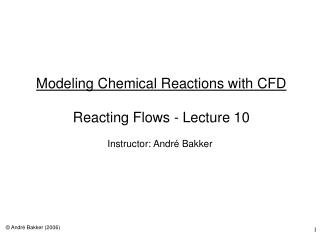 Exothermic and endothermic reactions - . chemical reactions usually involve a temperature change (heat is given out or

Chemical Reactions and the Environment - . ch 8. key concepts in chapter 8. how different factors change the rates of

6. An Overview of Organic Reactions - . why this chapter?. to understand organic and/or biochemistry, it is necessary to

Chemical Reactions - . chapter 4. the periodic table. review arrangement is based on increasing ____ ____. groups or

Chapter 5 - . microbial metabolism. catabolic and anabolic reactions. metabolism : the sum of the chemical reactions in