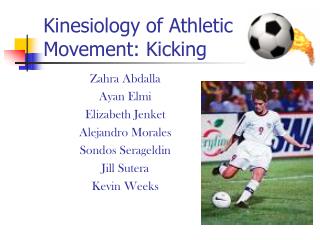 College of Education Kinesiology &amp; Athletic Training - . welcome to ads! 2011. what is kinesiology?. the science

The Future Of Athletic Training Is Now - . charles caltagirone. the athletic training system. a computer based software

Kinesiology Advising for Summer/Fall 2014 - . this powerpoint slide show is designed to assist the student in preparing

Science Behind Alignment and effect on Kinesiology - . maintaining or restoring precise movement of specific segments is