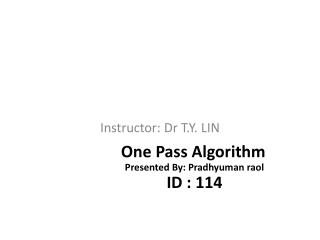 Genetic Algorithms - . an algorithm is a set of instructions that is repeated to solve a problem. a genetic algorithm

An Introduction to the Expectation-Maximization (EM) Algorithm - . cse 802, spring 2006 department of computer science