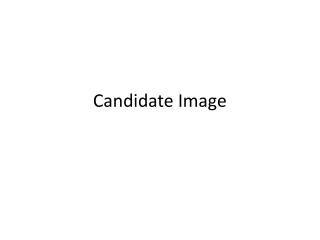 Candidate Image. “Electoral victors are those who excel at projecting imagery and symbolism, but not necessarily those who offer substantive expertise, political experience or pragmatism.” Iyengar. Candidate Image. Candidate Briefing - . who is running your election what to expect in the coming days what you need to know about the