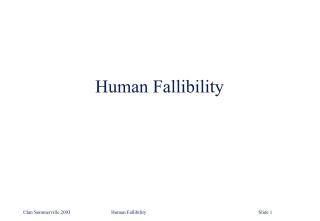 DEPARTMENT OF HUMAN SETTLEMENTS - . presentation to the select committee on public service 20 april 2010. aim. the aim of

Human Inquiry and Science - . holographic overview. questions for discussion. what are the common errors of human

C O L O R and the human response to light - . idit haran. contents. introduction: the nature of light the physiology of

Microbe-Human Interactions - . the human body exists in a state of dynamic equilibrium many interactions between human