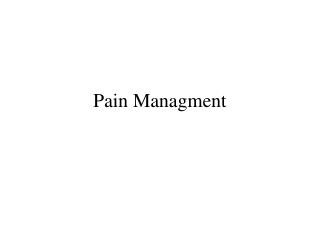 Premedication Pain managment - . measurement of pain in children. observer-based techniques which are useful in

PROCESS MANAGMENT - . processes and process control blocks. process can be defined as the followings: a program in

Hperthyroidism managment - . recommendation 2 beta-adrenergic blockade should be given to elderly patients with