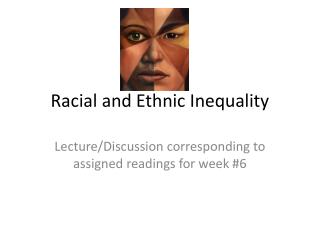 Racial and Ethnic Inequality. Lecture/Discussion corresponding to assigned readings for week #6. I. The Significance of Race. How do we define Race and Ethnicity?. Minority Groups.

Racial and Ethnic Inequality - . lecture outline. i. the significance of race ii. the social construction of race iii.

Chapter I Concepts of Addiction in Ethnic Minority Populations - . substance abuse is a significant problem for all

CHAPTER 10: RACE AND ETHNICITY - . racial and ethnic diversity in america. 1. one in five americans is either