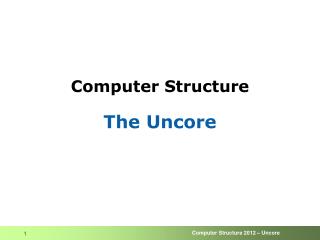 Computer Basics for Kids: Just How Does a Computer Work? - . look at this picture of a computer from our computer lab. a

Exploring Structure and Content on the Web Extraction and Integration of the Semi-Structured Web - . tim weninger

How to build a computer - Brought to you by sfsu’s acm presented by anthony fregoso what will this class do for you?