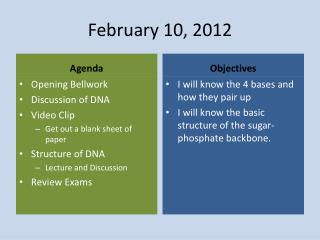 GEOMETRY 3A CHAPTER 10 POWERPOINT PRESENTATION - . circles and spheres. learning targets. after you complete this

February 10, 2012 - An overview of research activities in mathematics and computer science related to the proposed center

FEBRUARY 10 TH 2012 - . coaching class. a humble initiative to enlighten the latent glow. a presentation by r.baburaj