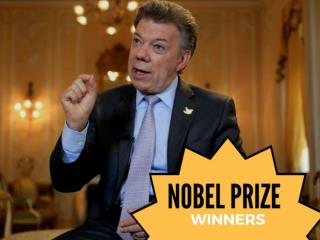 The winners of the prestigious Nobel Prizes. Nobel Prize - About the prize. martin luther king jr. nobel prize. sources. by annie and isabelle. quit. about the

2011 Nobel Prize in Physics - &quot;for the discovery of the accelerating expansion of the universe through