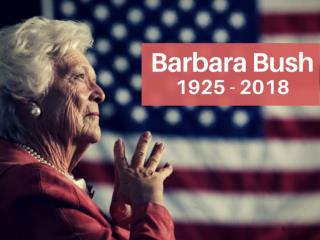 Former U.S. first lady Barbara Bush, the only woman to see her husband and son sworn in as U.S. president, has died at the age of 92, the Bush family said. Bush Garden - . by: l. lee the following link is a summary of the term: http :// entertainmentdesigner.com

Bush v. Franklin - . “if there are people inside our country who are talking with al-qaida, we want to know about it

George H.W. Bush - . dylan dial, thomas nolan, j avien. entry task, 1 or 2 riddles of some sorts to get the mind

Lori Bush - What works best: a qualitative study of the impact of faculty development activities of adjunct community

Bush Fires - . by abi, rina and nadine . what is a fire ?. a fire is a rapid oxidation the flame is visible portion.