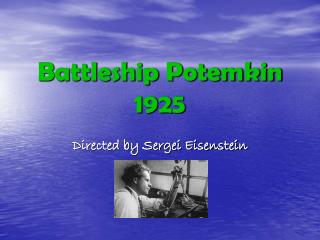 Battleship Potemkin 1925. Directed by Sergei Eisenstein. The movie depicts a real-life event that occurred in 1905. It presents a glorified version of the Battleship Potemkin uprising. The crew of a Russian battleship rebelled against their oppressive officers during the Tsarist regime. Functions and Patterns Battleship Review - . the rules of war. place your team’s battleships on the coordinate plane.

A gleam is a Small mountain Battleship Horse Flash of light - Which one of these was not something paul revere did? he

Battleship Texas - . by: zach wooten. where did she got her name?. the battleship got her name from the state of texas.

Assignment: BATTLESHIP - . before starting the assignment, read through the entire next slide. then, you must plan your

Film - Ch. 22: film. film. the art of film was first developed primarily in france, italy, and the united states (thomas

How they took a whole battleship - . his space-contact also told him of some spacepeople that took an enterely earthly