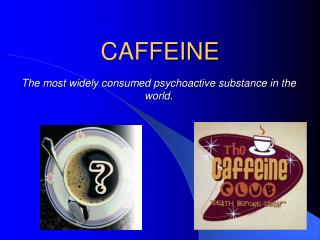 CAFFEINE. The most widely consumed psychoactive substance in the world. Caffeine Basics. CNS stimulant Alkaloid from a chemical group called Xanthines Found in 63 species of plants Everyday 90% of Americans consume caffeine in some form. Methylxanthines.