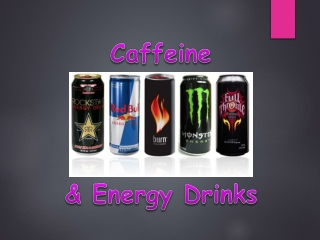 Caffeine. & Energy Drinks. Why Do People Drink Energy Drinks. Energy drinks are widely promoted as products that increase alertness and enhance physical and mental performance. More research is needed to determine if the interactions of caffeine, sugar and stimulants