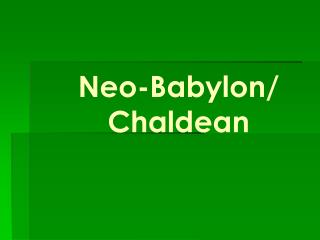 The Fall of Babylon - . warm up : which people in babylon would have thought hammurabi was a great ruler? who would have

The Hanging Gardens of Babylon - . written by lin donn illustrated by phillip martin. the hanging gardens. there was

By the Waters of Babylon - . pg. 110. pay attention to the setting and ask yourself…. is this story set in… the past

Babylon the Great (also, the Whore) - “babylon, the whore” in one instance is the great city of rome and the roman

The book of Daniel - . an account of god’s sovereignty. author daniel (“god is my judge”). he was deported from

“ The land between two rivers ” Sumer--Akkad—Babylon—Hittites—Assyrians—Babylon—Persian Ms. Jerome - . do

The Hanging Gardens of Babylon - . by: sofia gonzalez. location. the gardens were built in the city state of babylon

History of Astronomy - . the knowledge of the ancients. passage of astronomical knowledge. ancient babylon. ancient

Hanging Gardens of Babylon - . by group 4. seven wonders of the ancient world. the hanging gardens of babylon were one