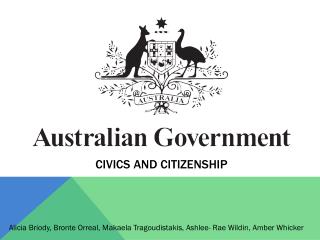 Civics and Economics - . unit 1 - foundations. what is it to be a citizen?. as an american, you have rights and

Civics &amp; Citizenship Education for the Future - . civics and citizenship …. “learning about democracy and

Citizenship and diversity: - . how the uk became a multicultural society. question:. how to you tell who is a citizen of

Introduction to Civics - . what is civics?. civics is ... the study of how government decisions (public decisions) are

U.S. Citizenship - . mr. gutierrez. what is citizenship?. citizen – a member of a community who owe loyalty to a

Civics and Economics - . today’s agenda. introductions and attendance what is civics handouts and materials needed for

Citizenship - . by shakura robinson . what is a citizen . a citizen is a person with certain rights and duties under a

The 8 C's of Learning Starting with Citizenship - My books- learning to go https://gum.co/learn2go & the 30 goals