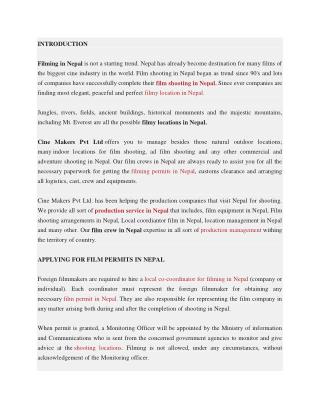 Filming in Nepal is not a starting trend. Nepal has already become destination for many films of the biggest cine industry in the world.

Best treks in Nepal for budget travelers in Nepal - Blessed by the gigantic mountain peaks and spectacular nature, nepal Heartfulness Magazine Issue 7 - In the may issue of heartfulness magazine, we dive deep into our contributors' meditation Cheering - . by: abby turner. what is cheer?. tumbling- any gymnastic skill used in a cheer, dance, or for crowd appeal.

DISSEMINATION ACTIVITIES - . what is dissemination ?. s imply, the verb “to disseminate” means to spread widely. in