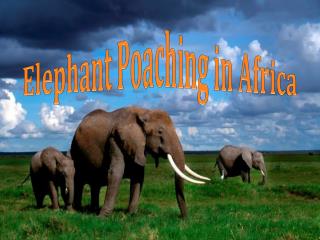 Elephant Poaching in Africa. What is Poaching?. Illegal hunting, killing or capturing of animals