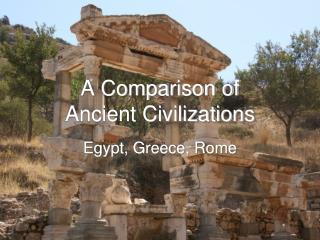 A Comparison of Ancient Civilizations A Comparison of Ancient Civilizations

Ancient Greece Grade 7 - . by sabrina kilbourne and amy warner. introduction. this unit will introduce students to the

Ancient Astronomy in the Americas - . practical origins. ancient americans were farmers and needed to know the best time