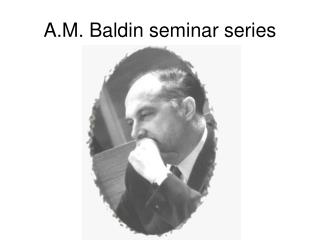 A.M. Baldin seminar series. XXI Baldin Seminar Retrospective. A few historical remarks by Lee Pondrom. Dubna International Seminars on problems in high energy physics. The first seminar was held in 1969, and about every two years since then.

Welcome to Advanced eMail Marketing - . placing the consumer at the center of the marketing process. heather honea, ph.d.

Periodic Functions and Fourier Series - . a function. is periodic. if it is defined for all real . such that. periodic