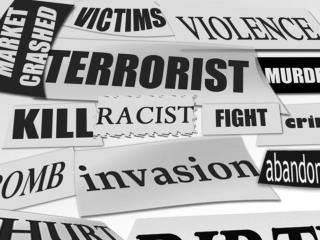 Scientists say, on an average, 70% of a human being’s thoughts are negative.

Scientists say, on an average, 70% of a human being’s thoughts are negative. - PowerPoint PPT Presentation Scientists say, on an average, 70% of a human being’s thoughts are negative. They also say that a negative thought may not have the potential to kill you, but it can definitely make you sick. Is the above evident to us in our society?.

Scientists say, on an average, 70% of a human being’s thoughts are negative.

Gram negative rods and cocci - . endotoxin: lipid a, the superantigen part of lps of the gram negative outer membrane

3/20/14Thursday - . aim: how do forensic scientists determine the direction of blood spatter? do now: 1-which blood type

Unit 1 Great Scientists - . a great scientist father of hybrid rice the man who puts an end to hunger. who is he? what is

What is Human Sexuality? - . chapter 1. learning objectives. the science of human sexuality sexuality and values thinking

CHAPTER 26 CLIMATE CHANGE WHEN THE TREES LEAVE Scientists grapple with a shifting climate - . 26. when the trees leave

CHAPTER 8 WRITING NEGATIVE MESSAGES - . multiple choice if you have to say no, you should always try to gain the

Objectives: - . on completion of this period you would be able to : define feedback. need for feedback. types of

Rh NEGATIVE PREGNANCY - . the individual having the antigen on the human red cells is called rh positive and in whom it