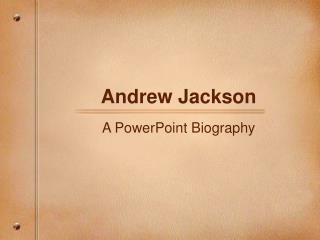 Andrew Jackson. A PowerPoint Biography. Target. I can identify what type of person Andrew Jackson was and the impact that he had on America during his Presidency. Warm-Up. Write down one word that you would use to describe the boy below: T he Greedy Triangle: A PowerPoint Presentation to Tell A Story - . a powerpoint presentation created by alex lagrimas